We finally have the definitive cover of “The Aladeltos”

Here’s a sample of the final cover of the book “The Aladeltos”, for the second delivery of the collection of children’s novel “The Company of Balta”. The book will be released on 14th March in all the libraries of Spain. Be issued in Castilian by the Editorial SM  and in Catalan by Editorial  Cruïlla.

Soon we will give details of the fourth installment of “Elvis Riboldi”  also during this March. Thus, the collective  Bono Bidari will  published 6 books in a year and a half, which is not bad, as they are the publishing times today. 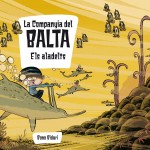 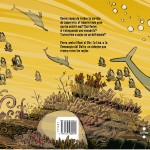